The Erindale Academy Board of Directors consists of leaders from our community, including professors, business men and women, and parents. They all share a common interest in the school and in the continued improvement of the educations of our students. The Board meets regularly throughout the year and provides guidance to ensure that we, as a school, are being consistent and are meeting our students’ needs. They give us the expertise, the knowledge, and the insight to continue to do what is best for The Erindale Academy, its students and its faculty. 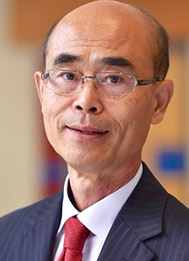 Dr. Howard X. Lin is an active and accomplished researcher. He was Chair of the Academy of International Business’s Canada Chapter in 2006-2016, founder of the Centre for the Study of Canada-Asia Business at the Odette School of Business at University of Windsor, and director of the International Research Institute at Ted Rogers School of Management at Ryerson University. He has received awards for his research achievements from University of Windsor and Ryerson University, respectively. A 2006 report by Michigan State University has ranked Howard among the top 70 most prolific scholars in international business research based on cumulative publication counts in five leading international business journals. He is a leader in immigrant entrepreneurship research in Canada, currently serving as Vice President (research) for the Canadian Council for Small Business & Entrepreneurship. He has led two multi-year research projects funded by Canada's Social Sciences and Humanity Research Council on immigrant and transnational entrepreneurship, respectively.
Dr. Lin is committed to community services by using his expertise. He spoke to industry associations on diversity issues and his opinions on international business, Canada-China relations, immigrant settlement and entrepreneurship are often sought for by the media. He founded the non-for-profit organization - Canadian Entrepreneurship & Innovation Platform to promote entrepreneurship as a viable path toward immigrant economic adaptation and as a win-win solution to enhance innovation and economic performance for both Canada and China.
Dr. Lin has a Ph.D. in Marketing from the Oklahoma State University, a MA in Economics from the Chinese Academy of Social Sciences, and a BA in political science/philosophy from the Central Nationality University of China.

Philip Desjardins has a Bachelor of Education and is a member of the Ontario College of Teachers since 1987. He is a graduate of the University of Montreal’s Teachers College with additional training in special needs education at McGill University. He is also a certified TESL teacher. In addition to having taught at the secondary school levels in both Quebec and Ontario, Phil was, for many years, the creator of distance education courses and educational films for TvOntario. 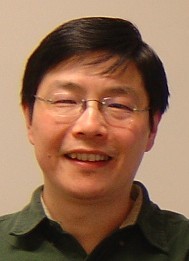 Dr. Mark (Zhongfei) Zhang is a professor in the Computer Science Department of the State University of New York (SUNY) in Binghamton, USA, and the director of the Multimedia Research Laboratory in the department. He received a B.S. in Electronics Engineering (with Honors) and an M.S. in Information Sciences from Zhejiang University, China. He also has a PhD in Computer Science from the University of Massachusetts in Amherst, USA. He was on the faculty of the Computer Science and Engineering Department and a research scientist at the Center of Excellence for Document Analysis and Recognition at SUNY Buffalo, before he joined the faculty of computer science at SUNY Binghamton. He is the author of the very first monograph on multimedia data mining and the very first monograph on relational data clustering.

Professor Zhang’s research has been funded by a number of federal government agencies, like NSF and industry research labs including Kodak Research and Microsoft Research, as well as a number of private foundations and foreign funding agencies. He holds more than twenty inventions, has served as a reviewer/PC member for many conferences and journals, has held the positions as regular grant review panelists for federal government funding agencies, such as NSF and NASA, and for private funding agencies, and is currently in the editorial boards for several journals.

Professor Zhang is the recipient of several prestigious awards including SUNY Chancellor’s Award for Excellence on Scholarship and Creative Activities. He has also served as technical consultants for a number of industrial and governmental organizations. 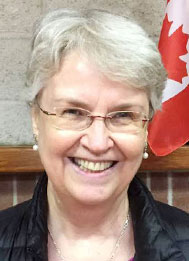 Annemarie van Essen is a retired teacher and artist. Most recently she was the Assistant Principal at The Froebel Education Centre, the previous occupant of The Erindale Academy facilities, as well as a valued supply teacher in their Kindergarten. Born in The Netherlands, Annemarie grew up in Indonesia till the age of 12 when she moved back to The Netherlands with her family. There she completed her formal schooling and graduated teachers college in 1970 from De Kees Boeke School. Soon after, Annemarie became the Principal of a Dutch kindergarten school, De Vondel School, prior to moving to Canada with her husband in 1976. Together they have raised three very successful children and are proud grandparents of four beautiful granddaughters. When her children were young Annemarie became heavily involved with the Froebel Education Centre, teaching there for several years and was a prominent member of their advisory board for over 15 years.

Her focus on children's education sets her apart and she is committed to helping youth grow to their fullest potential. She follows the Froebel philosophy and its ideals to pursue the success of students and stands by the words of Freidrich Froebel, "Whatsoever develops, be it into flower or tree or man, is from the beginning implicitly that which it has the power to become". 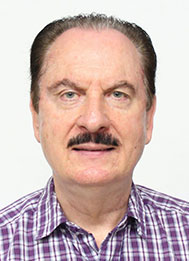 Kenneth Mate Kenneth holds a Bachelor of Arts in Business and Commerce from McMaster University and a second Bachelor of Science in Metallurgy of Iron and Steel from McMaster University. After he finished university, Kenneth worked in the Canadian metallurgical industry in the capacity of project manager, technical service managers, and shift metallurgist for Dofasco, Inc., located in Hamilton Ontario. After working for 35 years at Dofasco Inc., Kenneth decided to retire in 2005. In his retirement, he began work as a Business Consultant in the Quality Assurance field as well as the ISO Auditing and Documentation field, assisting small businesses in improving “best practice and training procedures.”

In 2008, Kenneth took the TESL/TESOL (Teaching English as a Second Language) program through Oxford Seminars and upon completion he was hired by the Training Center in Ningbo, China to teach ESL to beginner, intermediate, and advanced students as well as Business English to local business men and women in the city. In 2010, Kenneth returned to Canada and started work with Columbia International College in Hamilton, Ontario. He became a part of the teaching team for the EDP department where he taught international high school students in ESL, TOEFL, IELTS, MELAB, and CAEL, as well as English literature. He then received a contract with Columbia International College to teach at their school in Taipei, Taiwan in 2013/2014. After his work term ended in Taiwan, he began work with the Atlantic Education International in 2014/2015, teaching IELTS to grade 12 students in Shenzhen Concord College of Sino-Canada located in Shenzhen, China.

Upon returning to Canada in 2015, Kenneth was hired by the Inspiration Learning Center in Mississauga, Ontario to teach English, Business Leadership, and IELTS to International students studying at the Center. After, his time teaching at the Inspiration Learning Center, Kenneth started work at the Dewey College in Mississauga, Ontario teaching ESL, English, IELTS, and Business Studies to International high school students.